Signed by Ed Shreyer as well as the Commanders of each of the squadrons
View More...

A General Instructional Background for the Young Soldier Canadian Army Training Pamphlet No. 1 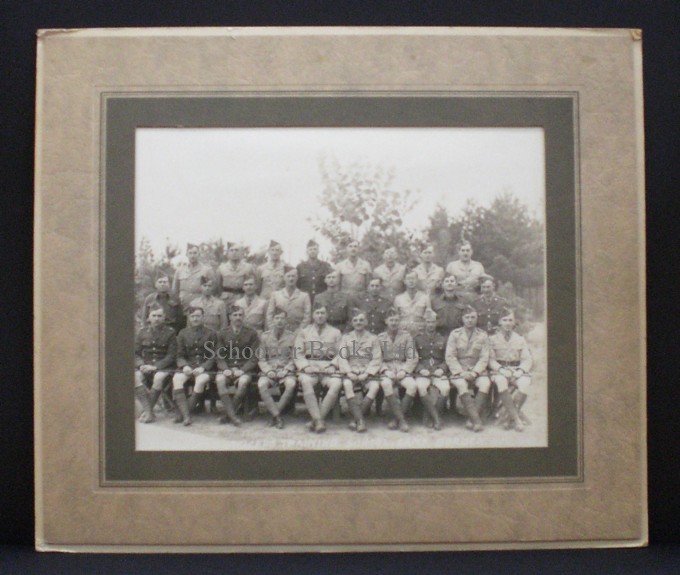 [Contents] The problem of the Midi in the French Revolution; The County Community and the Making of Public Opinion in Fourteenth-Century England; Allies, Government and Resistance: the Belgian Political Crisis of November 1944; The Twilight War and the Fall of France: Chamberlain and Churchill in 1940; Peace never established: the Case of the Kingdom of Jerusalem; The Aftermath of War: Scotland and England in the late Thirteenth and early Fourteenth Centuries (The Prothero Lecture); England turned Germany? The Aftermath of the Civil War in its European Context; After Waterloo: British Society ...
View More...

[Contents] Presidential Address: Feudal Society and the Family in Early Medieval England: IV. The Heiress and the Alien; The Idea of 'Character' in Victorian Political Thought; London and the Nation in the Nineteenth Century (The Prothero Lecture); Plunder and Tribute in the Carolingian Empire; Retained Legal Counsel, c. 1275-1475 (The Alexander Prize Essay); The Churchill Government and the Black American Troops in Britain during World War II; The Problem of 'Atheism' in Early Modern England; The Hispanic-Converso Predicament; Report of Council, Session 1984-85; Alexander Prize; David Berry P...
View More...

[Contents] Presidential Address: Collective Mentalities in mid-Seventeenth-Century England II: Royalist Attitudes; Reconquest and Crusade in Spain c. 1050-1150; 'A Party of Owners or a Party of Earners'? How far did the British Conservative Party really change after 1945?; Disraeli's Politics; The King and the Gentry in Fourteenth-Century England (The Alexander Prize Essay); Numeracy in Early Modern England (The Prothero Lecture); John of Gaunt: Paradigm of the late Fourteenth-Century Crisis; Politics as Theatre: Metaphors of the Stage in German History, 1848-1933; Report of Council, Session 1...
View More...

[Contents] Presidential Address: English Landed Society in the Twentieth Century: III, Self-help and Outdoor Relief; Charles I, the Privy Council and the Parliament of 1628; Improvised Genocide? The emergence of the 'Final Solution' in the 'Warthegau'; Westminster and the Victorian Constitution; Catholic, Anglican or Puritan? Edward Sackville, Fourth Earl of Dorset and the Ambiguities of Religion in Early Stuart England (The Alexander Prize Essay); The War of the Scots, 1306-1323 (The Prothero Lecture; Multiple Kingdoms and Provinces; The Venetian Mainland State in the Fifteenth Century; The C...
View More...

[Contents] The Problem of Papal Power in the Ecclesiology of St. Bernard; New Light on the Invisible College: The Social Relations of English Science in the Mid-Seventeenth Century; Great Britain and the Coming of the Pacific War, 1939-1941; The Quest for Concealed Lands in the Reign of Elizabeth I (The Alexander Prize Essay); Two Models of Public Opinion: Bacon's 'New Logic' and Diotima's 'Tale of Love' (The Prothero Lecture); Games People Played: Drama and Ritual as Propaganda in Medieval Europe; 'Parnellism and Crime', 1887-90; The Theory and Practice of Censorship in Sixteenth-Century Engl...
View More... 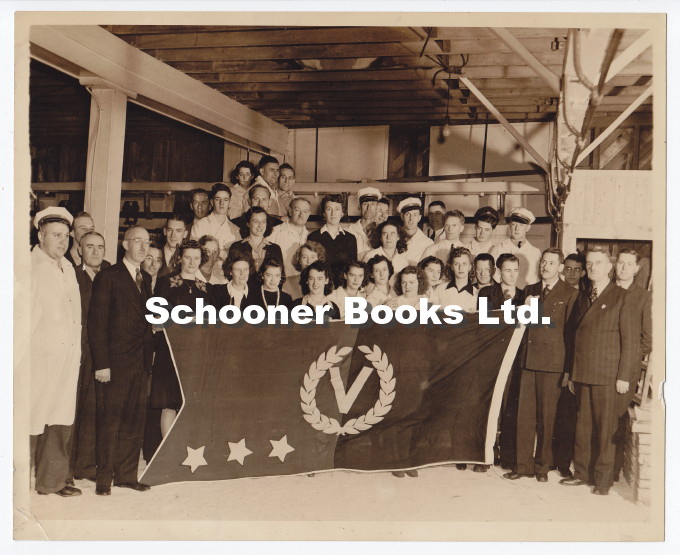 Condition: Very good; names of people in photograph are written on the back 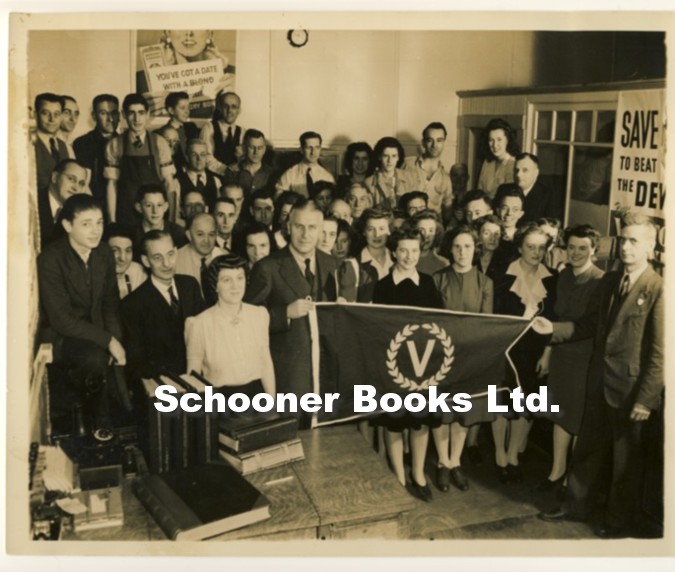 Large group of people in an office(?) with 'You've Got a Date with a Blond (crossed out) Bond Buy Victory Blonds' poster on rear wall and individuals in front holding Victory Bond flag.
View More...

Kitchener-Waterloo Survey A Fact-Finding Survey for Post-War Planning Part I. The Findings

Abridged reprint from So Few' by David Masters. Foreword by The Commanding Officer. A short biography of Squadron Leader A. McKellar who was killed in action in 1940.
View More... 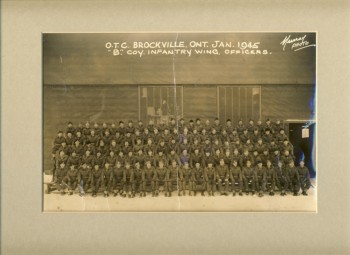 Binding: Black and white photograph in gray may

Condition: Crease down the middle and bottom left corner 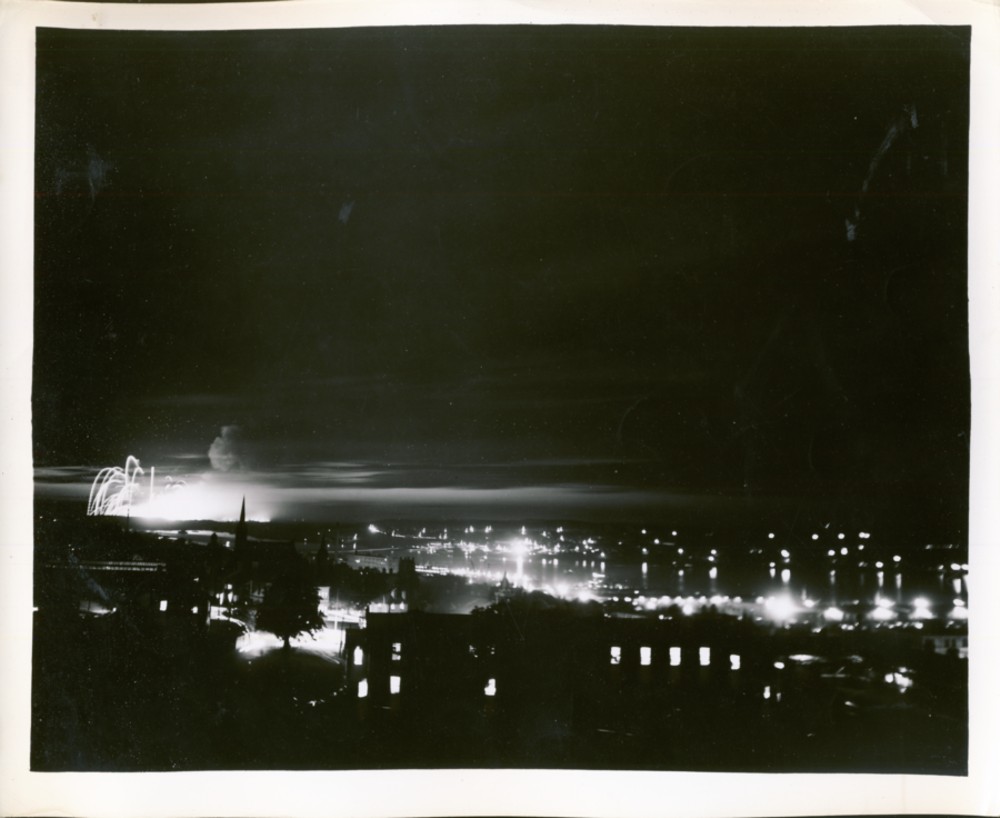 No title (Explosion of Munitions at Magazine Near Dartmouth, Halifax N.S. July 18-19/45)