[Contents] The Losing of the Initiative by the House of Commons, 1780-1914; The Papacy, The Patarenes and the Church of Milan; The Mongols, the Turks and the Muslim Polity; The 'Royal Independents' in the English Civil War; The Imitation of Christ in late Medieval England (The Alexander Prize); The Social Causes of the British Industrial Revolution; The Common Lawyers in Pre-Reformation England; Presidential Address: Anglo-American Rivalries in Central America; Report of Council, Session 1966-67; Alexander Prize; David Berry Prize; Officers and Council, 1967; List of Fellows; List of Associate...
View More...

The Life of the Prophet Muhammad

By: Azzam, Leila and Gouverneur, Aisha

Condition: Some wear to covers, book plate to inside of front cover, otherwise vg.

Tribes of the Sahara

History of the Arabs From the Earliest Times to the Present 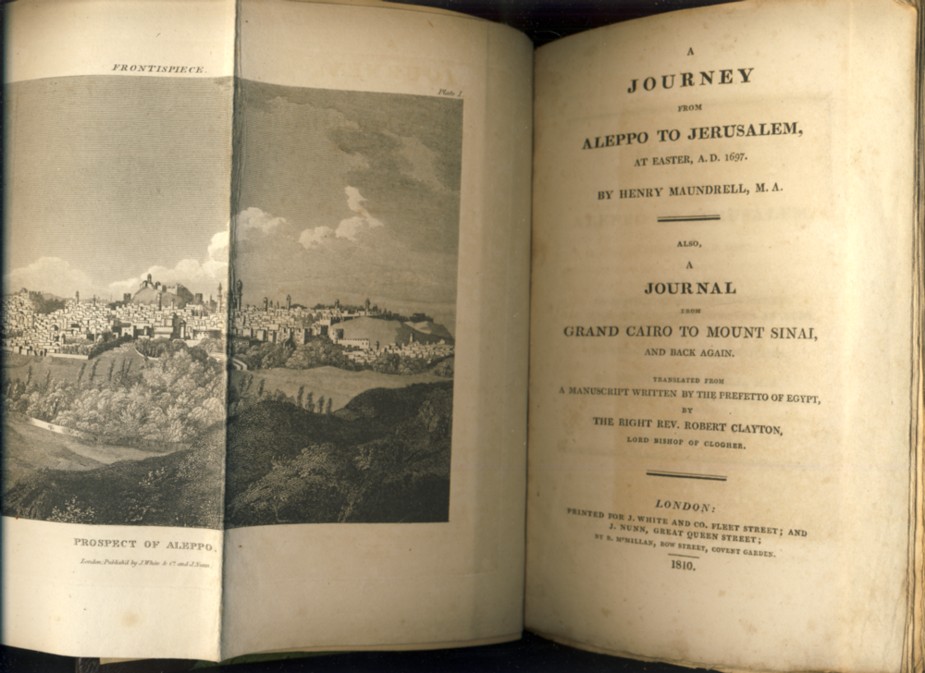 A Journey From Aleppo to Jerusalem, at Easter A.D. 1697. Also a Journal from Grand Cairo to Mount Sinai and back again. Translated from a Manuscript Written by the Perfecto of Egypt by Right Rev. Robert. Clayton

Binding: Rebound in modern half brown leather with marbled